Self Tape Service for Actor Auditions in Santa Monica

Self Tape Service for Actor Auditions 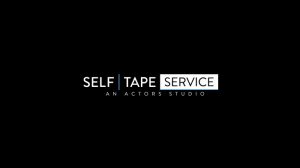 COTACT Self tape place here!!!SELF TAPE STUDIOS, SELF TAPE SERVICES, SELF TAPE PLACES NEAR ME, SELF TAPE YELP, SELF TAPE AUDITIONS, SELF TAPE ACTORS, SELF TAPE AUDITIONS, ACTOR SELF TAPES, ACTOR AUDITION TAPES, SELF TAPE COACHING, ACTING ON CAMERA CLASS, SANTA M ONICA, MARINA DEL REY, VENICE, MANHATTAN BEACH, Long Beach, Beverly Hills, Culver City, West Hollywood, NORTH HOLLYWOOD, BURBANK, LOS FELEZ
Steve Richard Harris not only tapes and coaches actors at his self tape studio in Santa Monica but he actually lives the scene with them. The ability to sink right into a story and be present with an actor auditioning for a role is a quality that’s rare for any actor. Steve brings thirty years of acting training, auditioning and working on film and television projects. With over 140 episodes of TV and film, Steve coaches actors to truly live in the moment of the given situation of a scene. Steve’s passion for the craft of acting comes through his coaching as he guides actors’ self tape auditions to stand out amongst the rest.

SelfTapeService.com gets actors jobs…hands down! Not a day goes by that an acting agent, manager or casting director doesn’t call to personally thank Steve Richard Harris for delivering a self tape that landed an acting gig or at least a call back. As an actor with 30 years experience, IMDB, in front of the camera, Steve has also coached hundreds of actors and also wrote a great little book called “The Inspired Actor” available on Amazon.
The Inspired Actor – Now available on Amazon


Steve is great! Personal attention. Professional quality. Easy online reservations. Some other studios say they have a west side space but it’s never available. That other studio is also very unprofessional just like their reviews say. Actor to actor, if you need a self tape place on the west side, this is the one to use.


Self Tape Service is the BEST!! They have free parking for you, so you don’t have to stress about that. I had my four month old baby with me and Steve went above and beyond to make sure we were both comfortable. He is a fantastic reader and just makes you feel so comfortable, and makes sure you get the best performance on tape. Such a WESTSIDE GEM!! It’s my go to place for self taping now. Also Steve will send you your link ASAP. Five stars all the way.


So for me, usually Self Tape auditions are stressful because many places I go to are booked when I need them the most! Steve has many time slots available and takes the stress out of the process. He is super fun, professional, and will really works with you. Eventually i’ll be doing some classes with him too. You get your footage asap, with great quality and walk out feeling good about the work you’ve done and the whole self tape process. My roommate now goes to him too! Especially if you’re on the west side, this is the spot. Thanks Steve 🙂