SELF TAPE PLACE FOR ACTOR AUDITIONS IN SANTA MONICA! 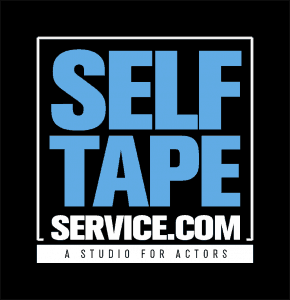 BOOK YOUR NEXT AUDITION. Work WITH STEVE RICHARD HARRIS!!! (ONE LIFE TO LIVE, SEX & THE CITY)

The #1 self tape studio in the industry owned by soap opera veteran (ONE LIFE TO LIVE, ANOTHER WORLD, YOUNG AND THE RESTLESS) also Charlottes’ rose gardener on SEX AND THE CITY Steve Richard Harris!

“Thirty years, from NY to LA, my rollercoaster of a career, while raising three talented daughters, has gone from accepting a Daytime Emmy for best show, “One Life to Live” to “Sex and the City” as Charlottes’ Gardener to a “2015 Cannes Film Festival” selection for the film “Prisoner”. With over 140 episodes of TV and film credits behind me, CSI NY, Criminal Minds etc. I’ve recently wrapped the lead in three new films this past year; “The Wrong Neighbor” (Lifetime), “The Domicile” and “Atlantic Rim 2”, for Asylum Productions.

My approach to coaching actors draws not only upon decades of training with some of the great acting teachers of our generation, but also a lifetime of meditation and the practice of being present. Living in India for extended periods of time has taught me to incorporate the art of being present as a technique for actors to be more confident and grounded in their work”.

SELF TAPE FOR ACTORS IN SANTA MONICA $35

I’ve created “The Actor’s Daily Workout” to nurture the most important facets of an actor’s craft: the Body, the Mind and the Heart. I’ve spent over thirty years in the acting world and the one common thing I’ve seen amongst most actors is a lack of a means to independently practice their craft on a regular basis. We know that dancers, musicians, singers, and athletes all have their daily routines. They’re acutely aware of their progress. Actors should be as well. This 30 minute Actor’s Daily Workout is an answer to the endless question, what can an actor do everyday to evolve as an artist?

A famous musician once said, “If I miss practice one day, I notice. If I miss practice two days, my conductor notices. If I miss a third day, my audience notices. I never miss a third day.”
If we want the film industry to take us seriously, we have to take our careers seriously, on every level. Therefore, it is vital that we are clear as to how we plan to maintain and deepen our craft on a daily basis.

$25 sessions; Read with working actors like Steve Richard Harris and book that audition!

“Daily practice is key, stay motivated and learn to be present throughout your day”.
‘The Inspired Actor’ by Steve Richard Harris

The Best Actors Self Tapes In The Business!!!

We’re on Santa Monica’s Westside right on Wilshire blvd. off Centinela ave!!!
Actors Self Taping has never been so easy and relaxing! Read with actors like Steve Richard Harris!!!