Self Tape Studio near me…YELP*****

BEST SELF-TAPE SERVICE for L.A.’s Westside actors. Steve is so easy to work with~ always makes me feel comfortable and confident! Sally S.

Steve totally rocks!! Not only was the booking process really easy, but I went in there and he made me feel totally at home. He literally helped coach me on various pieces of my audition which I think made a huge difference in the final take… so much better. He knows a lot about the business different types and styles of acting and was super helpful to me. All around it was a great experience. I would never go anywhere else! Thank you Steve!!

Self Tape Service is the BEST!! They have free parking for you, so you don’t have to stress about that. I had my four month old baby with me and Steve went above and beyond to make sure we were both comfortable. He is a fantastic reader and just makes you feel so comfortable, and makes sure you get the best performance on tape. Such a WESTSIDE GEM!! It’s my go to place for self taping now. Also Steve will send you your link ASAP. Five stars all the way.

Gotta say that Steven is awesome. Thought I had booked my appt for today, when it apparently was for yesterday. Fortunately was at the end of the day and he was happy to take me in and run the scene a few times. Pleasure to work with. Professional and an awesome guy. Highly recommend. Don’t go anywhere else. Will be back in the future.
SELFTAPESERVICE.COMSelf Tape Studio near me…YELP***** 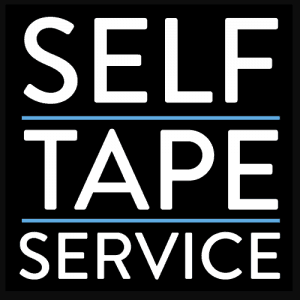 Self Tape Studios near me located HERE!!!
An on camera audition class in Santa Monica.
Limited seating…intimate setting.

SelfTapeService.com is #1 in Santa Monica on YELP.
SELF TAPE AUDITIONS THAT BUILD CAREERS.
Go to
www.selftapeservice.com
or call
310.425.3803
and register today!


So for me, usually Self Tape auditions are stressful because many places I go to are booked when I need them the most! Steve has many time slots available and takes the stress out of the process. He is super fun, professional, and will really works with you. Eventually i’ll be doing some classes with him too. You get your footage asap, with great quality and walk out feeling good about the work you’ve done and the whole self tape process. My roommate now goes to him too! Especially if you’re on the west side, this is the spot. Thanks Steve 🙂


If you’ve been thinking about doing a self tape audition at home, DON’T. Steve is an extremely friendly guy and accomplished actor, so he “gets it.” You will feel comfortable within seconds and ready to crush your audition knowing it will look professional. 15 minutes later you will wonder why in the world you ever thought about doing this anywhere else. This doesn’t have to be hard, people! Do yourself a favor and come here instead of pulling your hair out at home.
I recorded a self-tape here the other day, and cannot recommend it enough!! Steve was fantastic to work with, and at a great price! What I really loved was how he let me see the recording as we went along to make sure I was happy with it, and – due to how short my scene was – was open to just running the scene over and over. He was a great actor to work with, completely open to getting what I wanted, and provided me the footage right away. If you need a self-tape in the Venice/Santa Monica area, this is the place to go!I cannot imagine a better place to have your self tape done. Steve knows EXACTLY what you need, and exactly how to make it happen. Extremely comfortable, very personable. You with feel right at home here and thus, making your performance on dead solid point. Arrive knowing you will leave with a perfect piece of material to represent yourself. Steve is not only a master artist, but he cares. He, CARES. Which I find extremely rare in this town. Run run RUN to his location!
YELP REVIEW NOW!!! 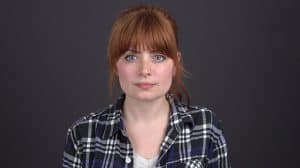 SelfTapeService.com gets actors jobs…hands down! Not a day goes by that an acting agent, manager or casting director doesn’t call to personally thank Steve Richard Harris for delivering a self tape that landed an acting gig or at least a call back. As an actor with 30 years experience in front of the camera, Steve has also coached hundreds of actors and also wrote a great little book called “The Inspired Actor” available on Amazon.