Self Tape Santa Monica with FREE Coaching for Actors

Steve Richard Harris has quickly become one of the most sought after private acting coaches in the TV and Film industry. It wasn’t until he opened SelfTapeService.com in Santa Monica on the West Side of Los Angeles that the industry started to really recognize the impact Steve was having on actors auditions and working performances. Working with as many as ten actors a day on various projects from commercials to TV series to low and high budget feature films, talent agents and casting directors call on Steve to get the job done. In his book “The Inspired Actor”, Steve motivates actors to be accountable for the development and maintenance of their craft on a regular basis.

“Life can really weigh an artist down sometimes. Inspiration is a necessity to stay focused on your goals. It’s the only fuel that strengthens our will to sustain the great and mighty effort to stay in the mix.
So what is the path that actors have taken before us? What wisdom can they provide us? It’s the cliché response that is most appropriate: we must find joy in the journey. Many actors that I know, who are way beyond their sixties all continue to create on a daily basis. They continue to “show up” for their art, for their business and for their dream. That’s who they are and that’s what they do. Most importantly, their emphasis is mostly on the work. Yes the work. Not the stage, not the set, but the work. I heard an agent say just the other day, “Basketball players don’t sit around and wait for game day. They shoot, run layups and throw passes all day every day. Why should it be different for actors?” I think the only way to stay driven and inspired is by doing the work every day, something that keeps the creative juices flowing.” 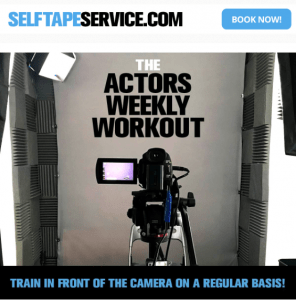