7 DAYS A WEEK! Los Angeles actors are flocking to SelfTapeService.com in Santa Monica

Steve Richard Harris opened his self tape studio for actors who want not only to be taped in a state of the art studio but that want to work and be coached by a true actor that understands an artists process. For thirty-years, Steve has shot over 140 episodes of TV and has been in numerous films throughout his acting career. Most recently he played the lead in the Lifetime Network movie, “The Wrong Neighbor” and recently wrapped a movie playing Dr. JP Roth for The Asylum Productions in “Atlantic Rim 2”

When not on set, you can catch Steve Richard Harris on the westside of Los Angeles right on Wilshire blvd in the heart of Santa Monica! 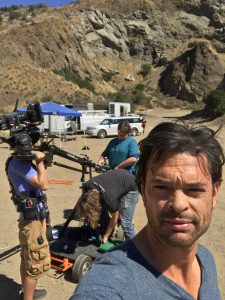